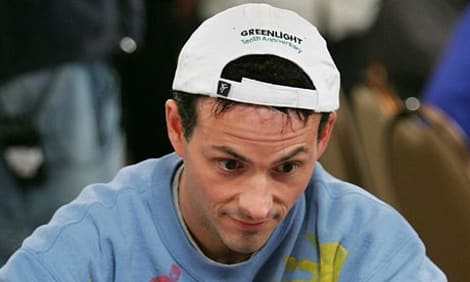 In May 2015, David Einhorn publicly stated at the Sohn Conference that he was short the US shale sector and was particularly targeting Pioneer Natural Resources (PXD). After careful analysis of his work, I came up with my own thesis as to why David Einhorn was wrong to single out PXD as a short.

Thus, on May 15, 2015 I wrote: An Open Letter to David Einhorn: Technical Reasons why you are Wrong about your “Mother Fracker” Short

I have great respect for your work, your work ethic, and your balance of career and family. I’ve read your book, Fooling Some of the People All of the Time, and enjoyed it.  You may want to read mine, The Colder War. A New York Times Bestseller, it will give you a good background on the geopolitical aspects of the energy sector.

You have made some great calls in the past. The largest short of your career, in Lehman Brothers, impressed the world.  However, in my opinion your public comments and research regarding Pioneer Natural Resources, and what you call the “Mother Fracker,” is dead wrong. Who was right? Well, not to be cocky or anything, but I was.

On my own short radar were some of the most highly leveraged North American oil companies, those that couldn’t survive at or anywhere near the current oil price. If we take a look at my short list vs. Einhorn’s PXD short we can see that PXD strongly outperformed its more highly-leveraged peers. 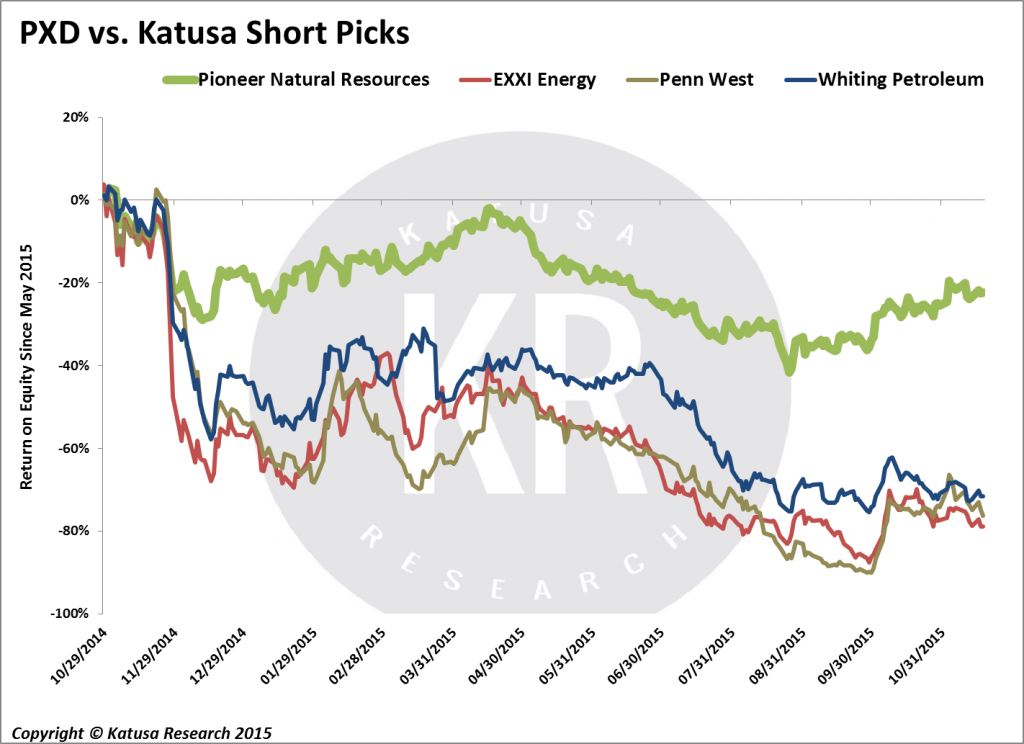 How Did Einhorn Do?

Overall, it’s not quite clear how Einhorn did on his PXD call, but clearly it did not add significantly to his short portfolio’s gains. In Einhorn’s Q3 letter he mentions that his shorts offset the -16.9% year to date return on his fund by 7.5%. Einhorn’s short highlights were a 55% and 40% drop in the stock price of Keurig Green Mountain (GMCR) and Mallinckrodt (MNK), respectively. In passing, Einhorn mentioned that he remained disappointed at the lack of downside pressure felt by PXD in the low oil price environment.

I made it very clear I had no dog in this fight, and don’t in any of the US shale players.  But, I stated PXD was not the worst of them and there were easier targets to short, if you were inclined to do so. The most important argument I made to counter Einhorn’s short thesis on PXD was that he’s “using the wrong financial model: [He needs] to think of Pioneer as an asset manager, not a perpetual oil producer.” Like any asset manager, in time of hardship, PXD will: 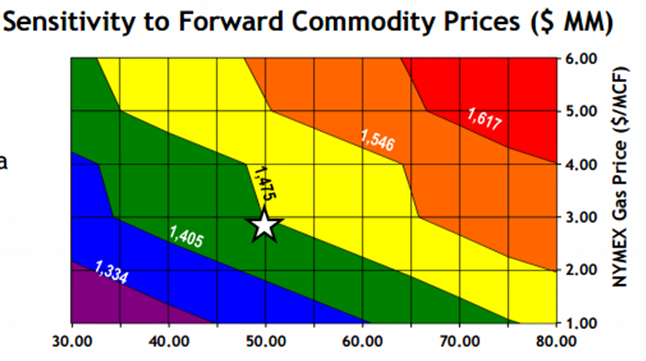 Additionally, Pioneer has seen a 20%-25% decline in costs associated with drilling, completion, infrastructure, and operating in the Permian Basin & Eagle Ford. This allows PXD to cover all capital expenditures with its cash on hand and operating cash flow for 2015. 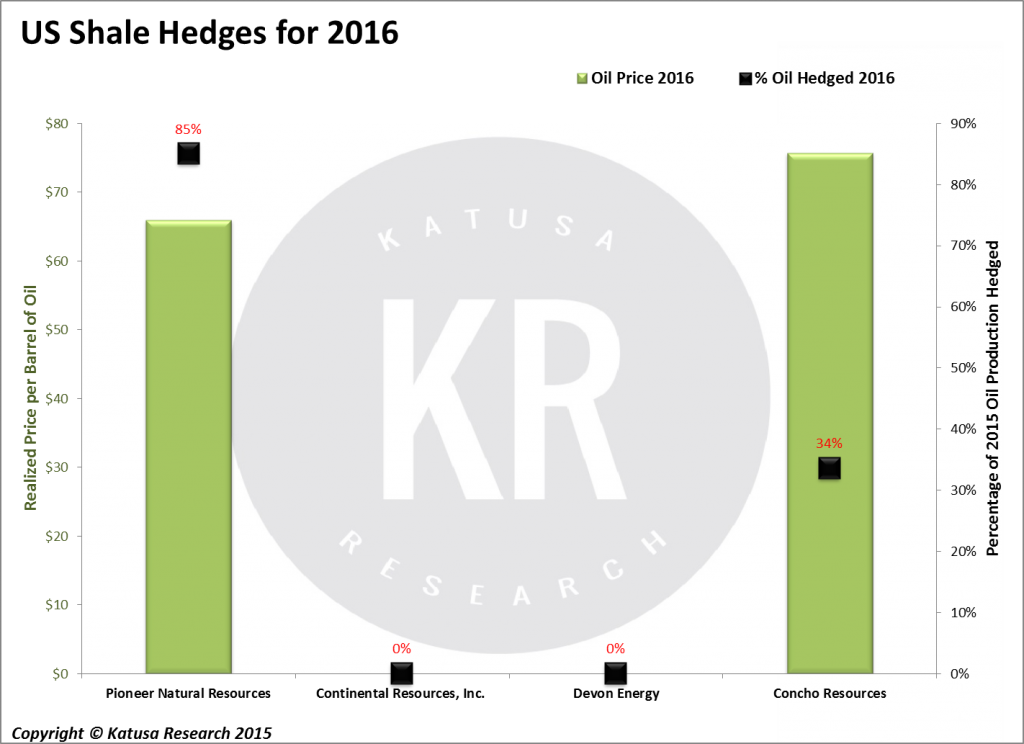 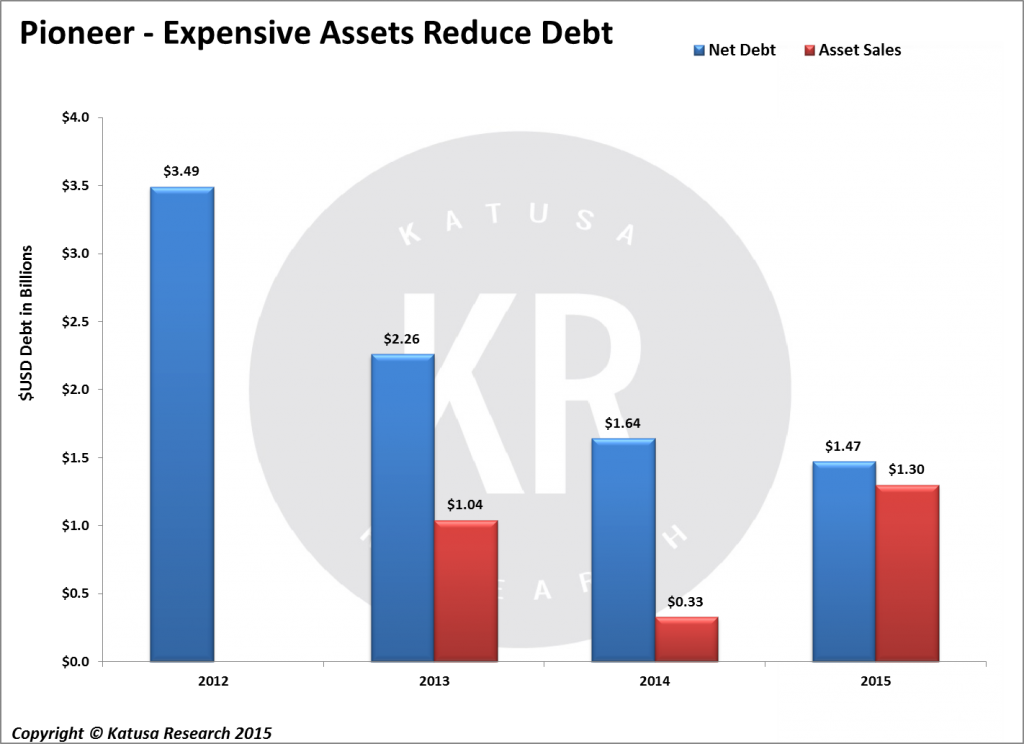 Pioneer’s rebalancing act has helped give the company ample liquidity to survive well into the next couple of years, even as the current low oil price environment endures.

For the first time since the crash of 2008, David Einhorn’s fund has returned negative value to shareholders. This is particularly unusual because the S&P 500 has been up 1.5% over the year and Greenlight Capital is down -16.9%. Einhorn’s large positions in Consol Energy and SunEdison weighed heavily on the fund’s returns. Consol Energy is focused on coal and natural gas.  SunEdison is a green energy yieldco.  I have spent over a decade focussed on the resource sector.  I know these sectors very well.  My fund is one of the top performing funds in the sector.

I wrote a book that cracked the New York Times bestseller list focussed on the geopolitics of natural resources. Since late 2011, I have stated publicly, on national TV and in print, that investors and speculators should stay away from coal of any kind. I predicted that shale would hurt thermal coal, weakness in China would hurt metallurgical coal, and the environmental movement against coal would grow.  All three happened. Consol Energy (CNX) is Einhorn’s 4th largest long equity position and is a natural gas and coal producer in the US Northeast with a focus on the Marcellus & Utica gas formations, along with thermal and met coal projects in Pennsylvania, Virginia, and West Virginia. Coal, of course, I’m avoiding.

And as far as natural gas goes, I would much rather play the growth in the Marcellus & Utica from a pure midstream standpoint than a leveraged exploration and production company that barely breaks even at a $2.18 per mcf Henry Hub gas price (Marcellus and Utica realize 65% of Henry Hub pricing due to lack of infrastructure for bringing gas to market). Finally, SunEdison (SUNE) is Einhorn’s second largest position; the alternative energy company develops, finances, and drops down its projects to: TerraForm Power (TERP) and TerraForm Global (GLBL). TerraForm Power & Global operate the assets and pay SunEdison incentive distribution rights (IDRs) from their distributable cash flow that increases once the companies pay out the minimum allotted dividends to all its shareholders. I completely agree with Einhorn’s thesis on the green power sector, but I have stated for a year that there was a better fundamental play than SunEdison.

I have backed that belief with my own fund’s major investment in the best situated and most undervalued alternative energy company: Alterra Power Corporation (AXY.TO). Einhorn is absolutely correct when he explains, “A power plant with a long-term power purchase agreement is roughly equivalent to a secured lender,” something I have explained when investing in Alterra and its perpetually stable cash flow. The only difference with Alterra and SunEdison is that Alterra operates its projects and has paid its up-front costs.

However, the company is the most undervalued when compared to its US peers and it is only a matter of time until that value is unlocked. SunEdison and Consol, on the other hand, have had very tough sledding this year; SUNE dropped from over $32/share in June to just over $3 at this writing in November, while CNX fell from over $33/share in May to $8 today. Alterra, however, has been among the best performing green producers in North America and I believe the share price is going still higher in 2016.  My funds and I personally own a lot of Alterra.  Over the last decade I got to know the chairman very well, who happens to be the largest shareholder owning over 30% of the company.

I believe in Ross and in Alterra.

So far my thesis has panned out better than that of Einhorn. The funds I manage hold a similar weighting of Alterra Power as Greenlight Capital’s investment in SunEdison and Consol Energy. 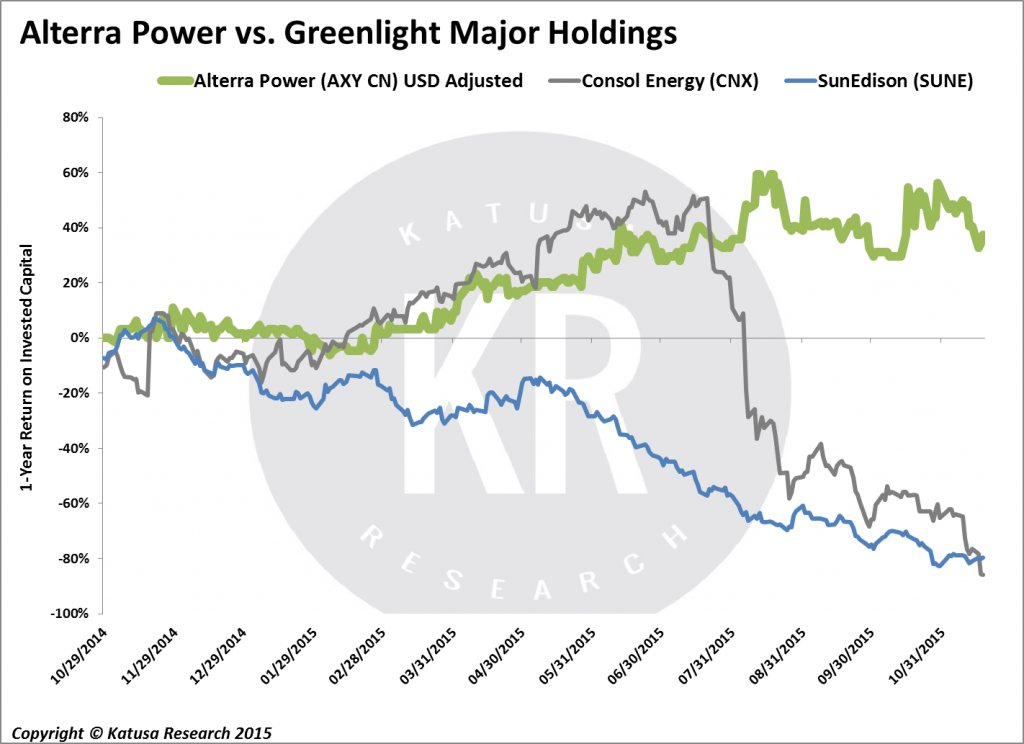 Guys like David Einhorn will not stay down for long.

He is brilliant and hardworking, and I expect 2016 will be a great year for his fund as he corrects some of his past speculations.  I’m in no way taking a poke at Einhorn here; like I said, I greatly admire David.  I’m just using my platform to present other perspectives and bring some attention to my very unconventional and successful analysis which has delivered some positive significant results in 2015. If readers would like to see what my funds are investing in and what I think of the markets in general, subscribe to my insights for free at www.katusaresearch.com. 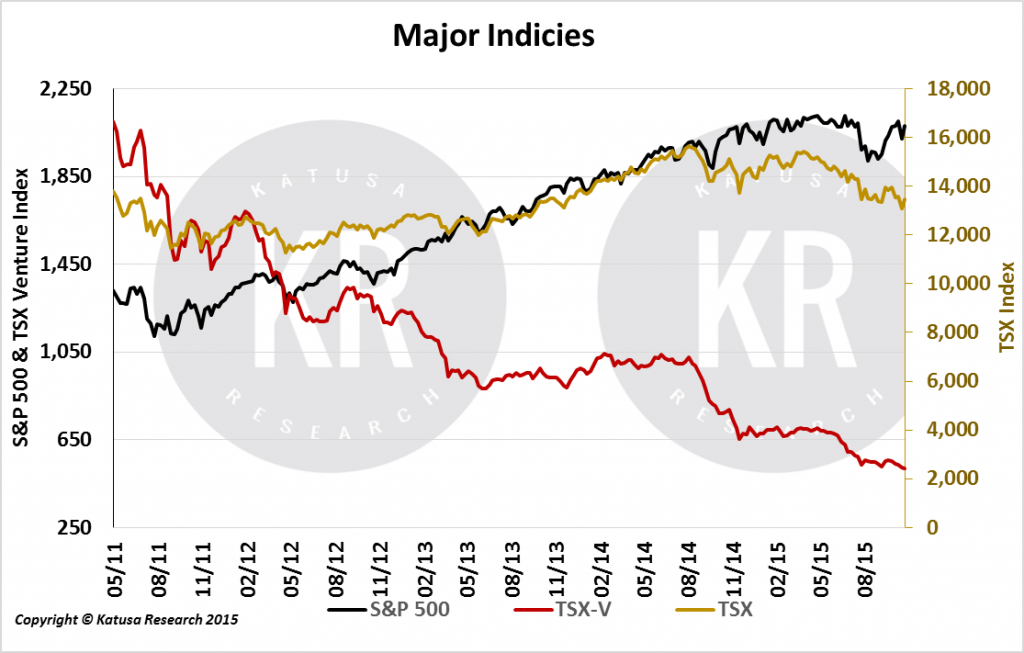 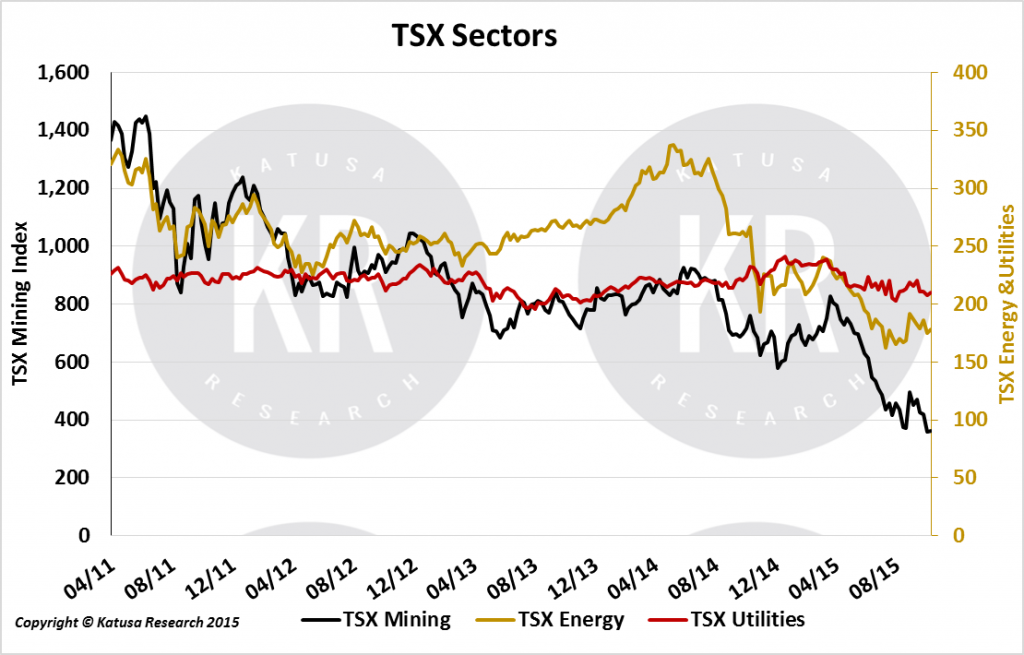 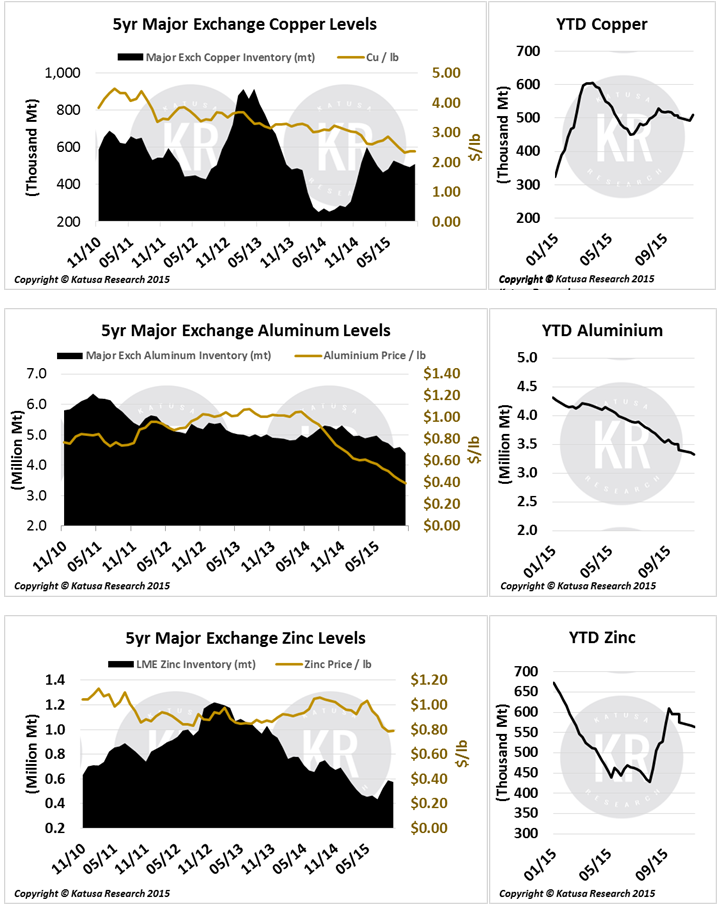