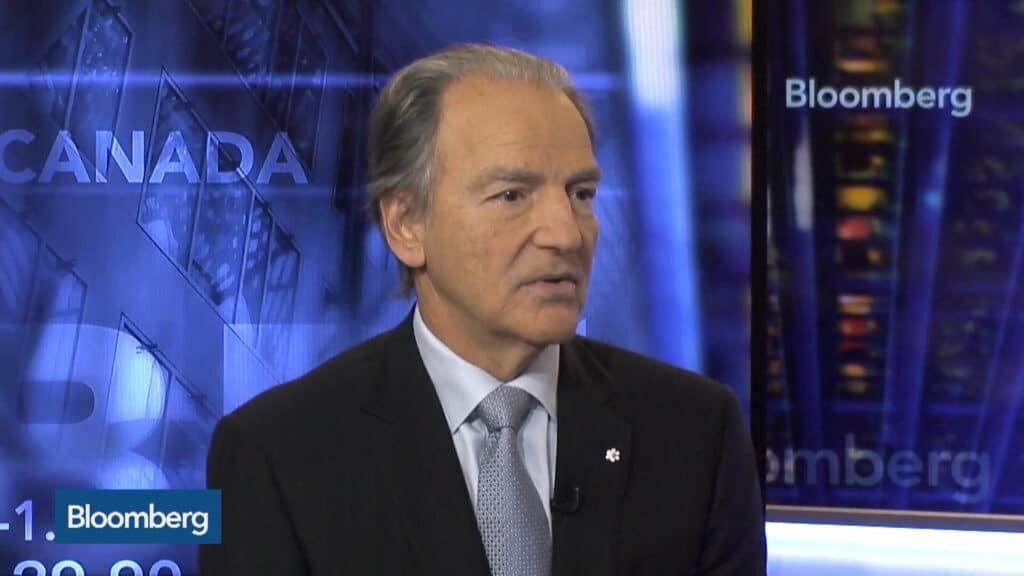 A Swiss newspaper just published one of the most important things on gold you’ll read all year.

In an industry with plenty of pretenders and shady salesmen, Pierre stands very tall. He’s a brilliant deal maker, he has an incredible long-term track record, and he’s an all-around good guy. When Pierre talks about making money in natural resources, I listen. I hope you do too. (You can read my story about having dinner with him right here)

Recently, the Swiss newspaper Finanz and Wirtschaft (translated to Finance and Economy) interviewed Pierre to get his take on gold and gold mining. I thought it was an excellent interview. Below, you‘ll find what I believe are the biggest, most useful ideas he shared, along with some comments from yours truly. I hope you find this “one two” punch combination from Pierre and myself useful.

Q: So where do you think gold will go from here?

Pierre Lassonde: My view has been between $1250 to $1350 per ounce for this year and then slightly ramping up next year to around $1300 to $1400. But for gold to get into the next real bull market we need signs of inflation. So far we haven’t seen them. The Federal Reserve and other central banks have piled up huge reserves. But there is no inflation because the money is sitting within the banks and they are not lending it. Therefore, you don’t get a multiplier effect. But what happened recently in the US – the one-two punch with respect to the hurricanes »Irma» and »Harvey» – is going to require an enormous amount of reconstruction. This could finally move the needle on inflation. Also, Europe is doing much better. So at some point I suspect we are going to see inflation start to pick up a little bit.

Marin comment: I couldn’t agree more. I believe gold has great potential to rise from current levels, but it won’t budge until the extraordinary central bank stimulus of the past 10 years produces meaningful inflation.

Until inflation shows up across the economy, I believe gold doesn’t break $1,400. That could take several years. Gold bugs don’t like to hear that, but it really could take that long. One of my favorite ways to track inflation through

Q: What does this mean for the mining industry?

Pierre Lassonde: First of all, at a gold price of $1300 the industry by and large is doing well. I tell my peers: If you are not making money at $1300 you should not be in this business. So it’s a good price and you should be making good money. But the industry has had to shrink a lot. When the gold price dropped to $1000 at the end of 2015 everybody in the business was too fat. So the industry laid people off, consolidated, shrunk and many junior companies have been wiped out.

Marin Katusa comment: I agree again. If you own shares of a gold company that can’t make money at $1,300 gold, sell it. It has poor assets or poor management or both.  I actually prefer to see a company making money at $1,100 gold before considering it as an investment.

Q: What are the consequences of [the industry shrinking]?

Q: Why aren’t there any large discoveries anymore?

Pierre Lassonde: What the industry has not done anywhere near enough is to put money back into exploration. They have not put anywhere near enough money into research and development, particularly for new technologies with respect to exploration and processing. The way our industry works is it takes around seven years for a new mine to ramp up and then come to production. So it doesn’t really matter what the gold price will do in the next few years: Production is coming off and that means the upward pressure on the gold price could be very intense.

Marin comment: This is a big, big idea all gold investors should be following. Back in July, I wrote an entire research piece on this topic (read it here). To summarize the piece, gold discoveries have plunged over the past 10 years…. the reserves at major gold mining companies have plunged to 2004 levels… and gold industry capex has plunged.

This means that even if the price of gold were to rise to $2,000 next week, the gold industry couldn’t quickly ramp up production to capitalize on the high price. It would take at least five years to get production going.

The supply constraints also mean large gold companies must replenish their reserves by buying small and mid-tier gold producers with proven low-cost ounces in the ground. Get to those companies before the majors do, and you could make a fortune during the coming takeout wave.

Q: How does that impact the funding of mining?

Pierre Lassonde: The thing with this industry is that you have to have an incredible amount of patience and you have to have money. And right now, it’s hard to get money. The risk appetite of investors has been gone for many, many years. If you are not one of the chosen few you can’t get money. You sit on the sideline and wait. In the past, more than half of the new discoveries have been made by junior companies. But they haven’t had any money now for like 10 years. So how are you going to find anything if you don’t fund the junior companies?

Marin comment: When sentiment is rosy towards a sector, public companies have the advantage over you, the investor. They can sell stocks and bonds at very advantageous terms for themselves. But when sentiment towards a sector is terrible and it is starved for capital, that gives you, the investor, a great advantage. He who has cash when others do not dictates the terms and rules the market. He buys for pennies on the dollar. This is a key part of the Katusa crisis investing approach and our trademark alligator approach.

If you’d like more information and insight on the gold industry’s declining reserves, make sure to check out our analysis of the situation. It’s one of our most popular pieces of 2017. Click here to read it.