HomeResearchData Is Everything: How a Grocery Store Predicts a Pregnancy… and Profits

It all started three decades ago.

Clive Humby was showing the executives of a giant UK grocery chain the potential of a revolutionary new concept called a “loyalty card.” It would enable the store to focus its promotions to appeal to loyal customers.

Sounds simple now, right? But nobody was doing it back then.

When Clive showed them how it worked, the chairman of the board said:

“What scares me about this is that you know more about my customers after three months than I know after thirty years.”

In an instant, Clive knew he’d struck a new kind of oil gusher. (Or if you’re a gold bug, “digital gold.”)

For the last century, oil and gold have been sources of immense wealth creation.

The Rockefellers, Rothschilds, Nobels, Gettys—all of them became multibillionaires and household names from black gold that spewed from massive oil wells, known as gushers.

But in the twenty-first century, that’s all changing.

Oil is fast being replaced by something that’s turning out to be much more profitable: data.

Far more value can be extracted from a good dataset than from the best oil well in the world. It just takes intuition, creativity, and some statistical know-how.

This is why many of the world’s top energy companies are investing billions into extracting data from refineries and rigs.

On their own, these communities are incredibly profitable. Subscriptions yield easy, recurring revenue. And mass (i.e., untargeted) advertising can even throw up some hefty numbers, too.

Take Reddit, for example. It’s estimated that it achieved $119 million in revenue in 2019. 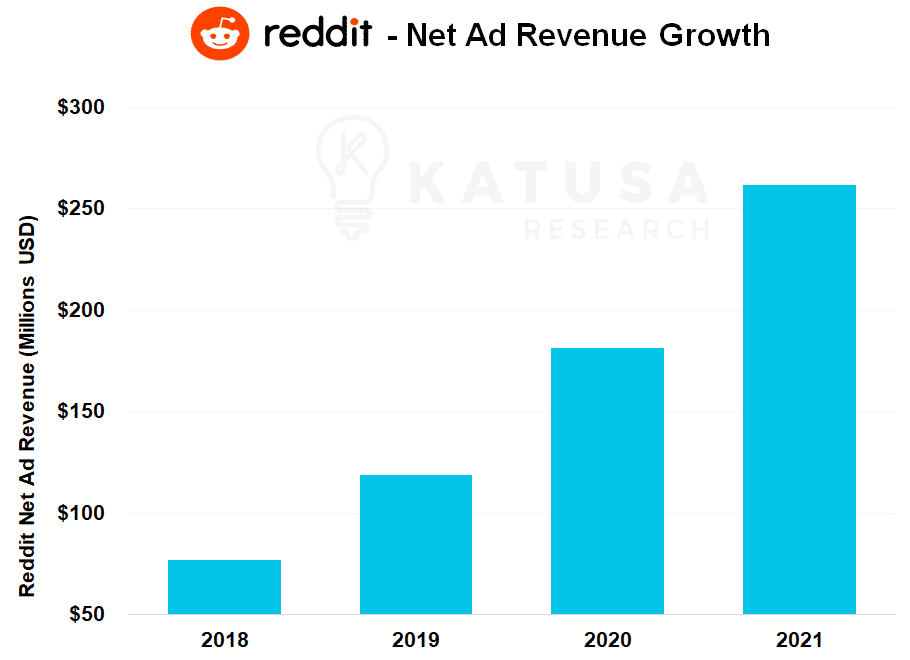 And that number is expected to more than double in two years—to $261 million in 2021. But they’re not even coming close to maximizing the potential they have for profit.

It’s simple. They don’t require an email address to register an account, and they don’t track user data.

And that’s their problem: You can’t maximize profit by just spamming communities with random advertising.

Reddit’s users are anonymous. No one enters their location, name, birthday, or any other identifying features to create an account. Thus, their advertising must be completely generic.

For their communities to really be valuable—to create the levels of wealth enjoyed by oil tycoons—these communities must have user data.

A company that knows its audience and key buyer characteristics will ensure that the score-browsing entrepreneur sees ads for luxury watches and sports cars.

Potential profit is maximized when user data is used to display exactly the ads that are relevant to a specific user. And precisely when and where they want to see them.

For the foreseeable future, the ability to do those two things is more valuable than discovering a new oil patch.

And her due date.

So, Target began to send coupons for baby items such as maternity clothing and cribs to customers, based on their “pregnancy scores.”

It was perfectly delivered advertising to a notoriously spendy demographic.

The data turned out to be a little too good: a father received a flyer of baby coupons. And he soon found out that his teenage daughter was pregnant. Ouch.

There’s zero danger, though, in applying that concept to deliver targeted, precisely relevant advertising in other industries.

The same conclusions can be drawn: Someone who likes a particular game is also likely to want to buy a similar game. And you can replace “game” with a pair of shoes, jewelry, or anything else.

When that data is drilled and refined, advertisers come running.

Where the Real Magic Happens…

It’s a no-brainer: advertisers want to target people who spend money and buy their product.

And video gamers spend a lot of money, making them an extremely lucrative demographic to target.  In an average month, a gamer spends more than $85 on video games.

What’s more, video gamers spend a lot of money on all things related to video games.

In the United States, more than $43 billion was spent in 2018—on video games alone.

For perspective, the total domestic movie box office in 2018 was an all-time record-breaking… $12 billion.

Video gamers automatically form extremely valuable communities that advertisers love. For example, one video game community is one of the largest groups of women online.

Combined, all of this means that advertisers will shell out big bucks to make sure their ads are being seen by some of the most profitable groups of people on earth.

And once the users have been perfectly targeted with relevant ads, the data used can be “fracked.”

In other words, other companies will pay a mint to add their own data, and then extract additional value out of it.

We call this “Digital Alchemy.”

The scary part is, unlike in the real world, digital alchemy works.

But once you know your user base… you can move the decimal over a few places.

Multiply that by hundreds of millions of users… and suddenly it’s the greatest new source of revenue for all companies that operate a platform.

The ExxonMobil of the 21st Century

In two days, we’ll send you our report on a company that can precisely target 200 million global video gamers…

For context, that’s two-thirds the population of the United States. And that audience is growing by the day.

They will be the first to deploy Digital Alchemy in the video game sector.

And they’re about to use a new system with the potential to 4x their current revenue.

Keep your eyes on your inbox tomorrow.

You’ll find out the ingenious move this company is taking to eliminate its competition—leaving it with zero barriers to becoming the most valuable gaming community in the world.