HomeResearchMacroAmerica the Broken – Can It Be Restored?
4476 seen 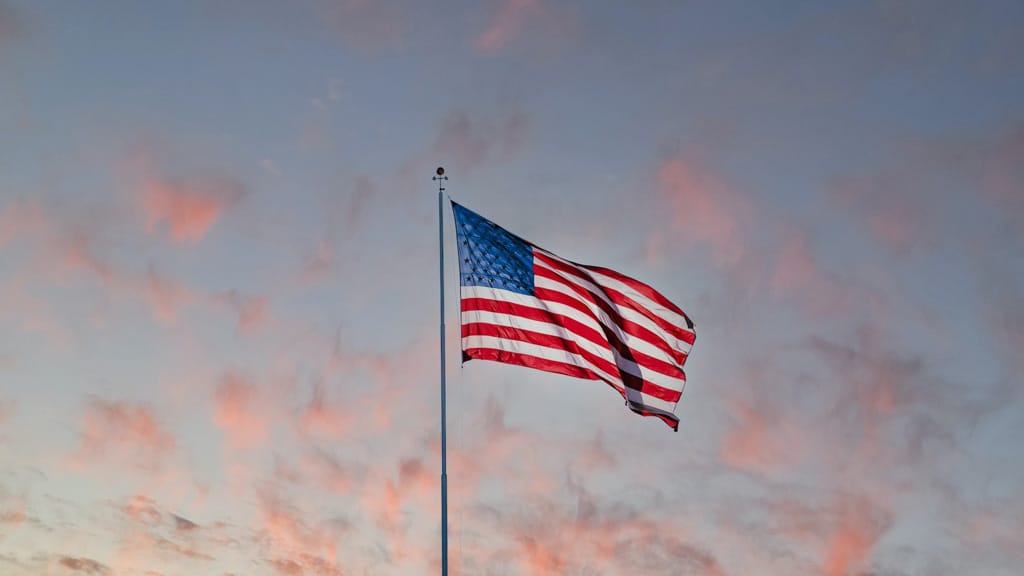 This is the first issue of The Rise of America, a series about the future of the United States as the global superpower. You’ll read about the forces that will propel it to unprecedented dominance—and how you can best position yourself to profit from it.

You’ve heard someone say some variation of this recently…

“What a crazy time to be alive!”

Or, “We live in interesting times”.

But none of those are true. For centuries, times like these have been the rule.

The United States has been in turmoil for much of its history:

It’s a long list of stormy times. And every single one of those heartbreaking events has led to renewed growth and prosperity for the American people.

But there is something unusual about our time: a complete breakdown of some of our country’s most critical aspects.

In 2017, the American Society of Civil Engineers released its latest “report card” on United States infrastructure. The overall grade: D.

Roads, dams, public drinking water, schools (ironically), all of them got a D or worse.

One in four bridges of the bridges you drive across every day are deficient or obsolete.

But that’s nothing compared to other systems that are part of everyday American life. These, among others, are all in shambles:

That list wasn’t just made up. It came from a senior U.S. Senator.

The big problem is that the government has become so flawed and ineffective that the “D” in each of these areas is on pace to quickly turn into an “F.”

How can we turn back from a certain collision course absolute catastrophe?

Well, there could be an “enlightened” coup—as we’ve seen slight glimmers over the past two decades.

Or perhaps we could change the way our democracy operates or hold a new constitutional convention to rewrite the rules.

Or maybe create a new, viable third party… the first one in more than a century.

On October 4, 1957, the Soviet Union launched Sputnik 1. It was the world’s first man-made satellite.

When news media greatly exaggerated the danger of the situation, the United States went into shock.

One scientist wrote that the day Sputnik orbited the Earth was the day the U.S. became a “second-rate power.” But in a private meeting, President Eisenhower revealed that he knew the opposite was true.

Russia has “done us a good turn,” said Eisenhower.

Because with that launch, the Soviet Union had thrust the powerful American machine into action. Remarkably…

And a decade later, the first men landed on the moon. And they were American astronauts, not Soviet cosmonauts.

Within 20 years, the Soviet Union was gone. And the United States was the undeniable, unassailable world leader in space.

And when it does act, it absolutely crushes whatever problems oppose it.

Right Now, America’s Back is Up Against a Wall

The coronavirus ripping across the nation has already resulted in tax code changes and bailouts.

The strength of Medicaid and our healthcare system are about to meet the test of a lifetime.

It might be hard to look past a market in freefall and the collapse of order and the hoarding of toilet paper all around us.

But coronavirus has done us a good turn.

Because… this is our Sputnik moment.

This is what will force a healthcare overhaul, an education renovation, and economic restructuring. All in the name of not getting beat by a virus.

This is what will set our foreign policy and domestic economy on the path toward another half-century of record-breaking growth and prosperity.

What Comes After the Catastrophe Is What’s Important

You see, a few years after the mass hysteria caused by Sputnik, John F. Kennedy ran for president. A major part of his platform was the “missile gap”—the fact that the United States trailed the USSR in its missile stockpile.

The American public still thought the Soviet Union could destroy the head of a needle anywhere on earth.

And Eisenhower’s opponent, John F. Kennedy, was running his campaign on the “missile gap”—the fact that the United States trailed the USSR in its missile stockpile.

But Eisenhower knew better. Based on secret U-2 missions, he knew that the U.S. had jumped far ahead in the arms race.

Right now, people are claiming that the coronavirus will kill us. If not physically, then economically. But that’s based on their limited insight.

As a private investor, it’s easy to be distracted by the layoffs, the new jobless claims, and the death count reports by the mass media.

After this drop, you might be tempted to ditch the market altogether. I don’t blame you.

But while everyone else is jumping ship, great investors are looking forward. They’re looking past the coronavirus and the inevitable economic fallout.

They’re planning for a future when the United States will have once again surge far past its competition.

Because time and again, America has fixed its problems without a regularly scheduled revolution.

And America is going to do it again.

Infrastructure, which we’re rapidly finding out is necessary to maintain the integrity of vital supply chains and a calm public, will be one of the first to get an upgrade.

Now, with interest rates at historical lows, borrowing that amount will be far more attractive.

That massive infrastructure development will need China’s levels of resources to construct: copper, iron, and oil.

Savvy investors are already mapping out which decimated resource stocks they want to pick up for dirt cheap.

And when the coronavirus is gone and the country has been fixed, it will be America the beautiful—once again.

P.S. On Monday, I released my special briefing on the current markets. If you have not seen it yet, I urge you to watch it before it gets taken down later today and shares it with anyone who might benefit.