HomeResearchCryptocurrencyDon’t Put All Your Eggs in One Bitcoin Basket

Don’t Put All Your Eggs in One Bitcoin Basket

Of course you do, anybody would.

After all, who wouldn’t want to make ten times their money in the span of a month?

This is what much of the cryptocurrency space looked like last year. You could’ve thrown a dozen darts at a board of digital coin offerings and likely made 10x your money from trough to peak on a handful of them.

Though there is undeniably a great amount of hype and mania surrounding the cryptocurrency space, there are also real, tangible ideas and technology behind all of it. And many of these ideas are actionable and investment-worthy vehicles.

Unfortunately, a lot of the times you’ll find that choosing the right investment can be like trying to find the needle in the haystack, as the below chart shows:

Now, of course, I’m not just trying to play the scaremonger here.

I know many who have made fortunes many times over in Bitcoin and other alternative coins (“altcoins”).

I’m going to show you data revealing that Bitcoin has become less and less relevant as an investment vehicle. And while there are several reasons for this, one which is becoming clear is that many investors believe the “easy gains” in Bitcoin have already been made. In the chart below, the data is saying that Bitcoin no longer carries the same dominant market weighting it did in the earlier days of cryptocurrencies.

Bitcoin’s market share has fallen drastically, and it now commands around a third of the total market capitalization of all cryptocurrencies.

For a long time, the performance of altcoins was closely tied to that of Bitcoin itself. Ever since the entire cryptocurrency universe exploded into the limelight last year, savvy investors have started to pay more attention to the things that differentiate each altcoin or token from one another.

Many cryptocurrencies have started to de-couple from their Bitcoin “peg”, and are now able to trade at valuations based more on their own merit (though it would be wrong to say that the price of Bitcoin doesn’t still influence the price of all other coins to some extent). Take a look at this decoupling below…

With all the money going into the cryptocurrency space, investors are clearly looking beyond Bitcoin, and have been for some time now. And while altcoins have been where a lot of that money has ended up, as you’ve previously seen, not all of the altcoins that glitter are gold.

So where else can that money go?

There are many different avenues to pursue when looking to invest into cryptocurrencies – the coins themselves are merely the simplest and most visible vehicle.

Building off of the coins themselves, one of the best alternative investment options is Bitcoin (or altcoin) mining. Bitcoin mining is how many of the early adopters got their start, as back in the day it could be done from your own computer with nearly negligible capital risk and expenditure.

These days, Bitcoin mining has scaled to such a large extent that only commercial Bitcoin mining projects can realize any sort of meaningful gain. This drove all the “artisanal miners” to lesser-known altcoins where the mining networks are not quite as saturated.

A number of these commercial Bitcoin mining projects have gone public. This allowed investors a way to cash in on the steady revenue stream that Bitcoin mining generates without having to go through the hassle of setting up a Bitcoin mine in their own basement.

Subsets of the Bitcoin mining space include companies who handle Mining-as-a-Service (“MaaS”), and companies that run master-nodes.

The MaaS companies contract a portion or all of their mining hash rate out to customers in order to receive a reduced, but more reliable income stream.

The companies that run master-nodes generate revenue from cryptos and operate as a type of super miner and blockchain protector that can perform unique tasks that other nodes can’t. DASH is the most well-known master-node-based cryptocurrency and doesn’t come cheap. The cost for a DASH master-node is around USD$800,000, or the price of a starter apartment, a few blocks away from Central Park in New York City.

Investing in the Bitcoin exchanges that effect the transactions is another indirect way to cash in on cryptocurrencies. Right now, in any given 24-hour window, Bitcoin’s transaction volume amounts to some 600,000 BTC – or, given BTC’s USD $10,000 price point as of time of writing, some $6 billion dollars every day.

This volume works out to somewhere north of 150,000 transactions per day. Just how much money are these exchanges making? Transaction fees for Bitcoin currently sit around the $25 mark, not including the margins that exchanges charge for their spreads. With all of the other altcoins to consider too, there’s some pretty serious cash to be made in this space as well. However most companies worth their weight and our consideration are privately held, for now.

Another way to indirectly invest in cryptocurrencies is through the companies that provide the hardware.

The ASIC (Application Specific Integrated Circuit – pronounced ay-sick) hardware required for Bitcoin mining is highly specialized and doesn’t come cheap. But the companies that are serious about mining go out and buy ASICs by the tens of thousands of units.

The Chinese company Bitmain produces the world’s most powerful ASIC specially designed for Bitcoin mining, but it too is a private company. However, there are other avenues to play the space. Taiwan Semiconductor Ltd provides exposure to the space, as does Nvidia Corp. Bitfury, one of the larger players in the space after Bitmain, has a vehicle on the horizon as well.

Another major hardware component of the cryptocurrency sector are the hardware wallets people use to securely store their Bitcoins. In particular, the benefits of “cold” storage, or the practice of keeping Bitcoins offline in order to minimize the risk of losing them in a hack, is something that will drive innovation on this front. And as blockchain technology develops further there will certainly be more consumer-level hardware implementations, most pertinently in the digital-identity related sectors – insurance, medical records, real estate transactions and the like.

Blockchain technology companies are yet another way to cash in on the cryptocurrencies.

That said, blockchain technology companies differ from the ones previously listed in that their valuations are not quite as straightforward to calculate. Blockchain technologies offer their specific implementations through a Software-as-a-Service (“SaaS”) model.

One particular focus for blockchain technology companies is on the cybersecurity space, thanks to the anonymous nature of blockchains. Of course, it may not seem that way at first glance, given the numerous high-profile hacks Bitcoin exchanges have suffered in the past. But once fully hashed out, as the blockchain security companies are trying to do, blockchain security promises to be a game changer.

On the whole, blockchain companies’ ability to generate value for shareholders depends on their ability to develop, market, and secure contracts for their respective blockchain technologies.

The key takeaway here is that cryptocurrencies including the altcoins, at large, are merely the surface of what’s to come.

Given how restrictive the actual use of Bitcoin as a currency is, the sentiment is that cryptocurrencies still have quite a ways to go before they can own up to the “currency” part of “cryptocurrency”.

Many of the altcoins are trying to solve this issue, among others, as the loss in Bitcoin’s share of the cryptocurrency market capitalization has shown. Still, numerous companies have instead chosen to leave the coin development space and focus on alternative ways of profiting from the Bitcoin revolution.

That said, in terms of valuation right now, publicly traded crypto sector companies play David to the Goliaths that are cryptocurrency market caps. In the chart below, you’ll see the massive gap in the market caps of the digital tokens versus the market cap of all publically listed crypto related companies in North America.

Part of this is due to the fact that some of the larger players, like Bitmain (valued in the billion U.S. dollar range), have thus far remained private. This chart also reflects the nature of I.C.O’s (Initial Coin Offerings) and tokenization, which allows companies to more easily bypass exchanges and raise money directly from private investors.

Still, I’m confident that there is extensive room for growth of cryptocurrency and blockchain companies not directly involved with the coin development side of things. In particular with the long arm of the law coming down hard on cryptocurrency regulations. Needless to say, my Special Situations team and I are closely watching every development in this sector.

And as always, you will be the first to know when I find the next spectacular pitch down the middle for those of us with a home run mindset.

P.S. My high risk, high reward style of speculating is NOT for everyone… but it has worked out nicely for me and many of my subscribers. To find out how to make big scores alongside me, click here. 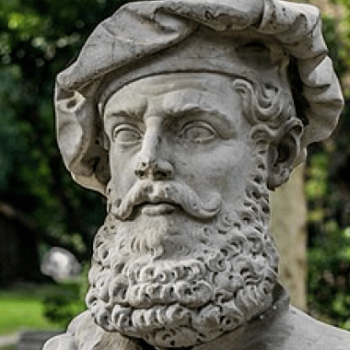 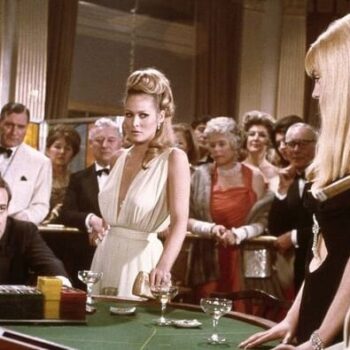 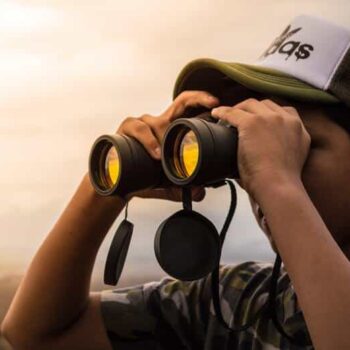 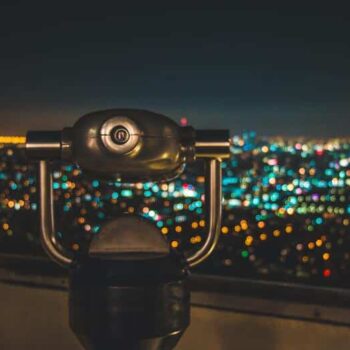 Nuclear Energy and the Uranium Breakout