On February 21, 2017, the price of crude oil was $55 per barrel. Crude had been rallying for months, and the outlook for oil stocks was improving.

That outlook is drastically different now. Crude oil has dropped 22% to $42.84 per barrel and sits at its lowest point all year. Oil and gas stocks are plummeting.

Large pension funds, hedge funds, sovereign wealth funds, and index funds are suffering major losses. For example, Cenovus, one of Canada’s largest oil producers is down 53% from Jan 1, 2017. Well-known Williston Basin producer in North Dakota, Whiting Petroleum, which produces over 100,000 bopd is down 54% year to date. The chart below shows the share price performance of just a few independent oil producers in North America year to date. The wealth destruction has been harsh. 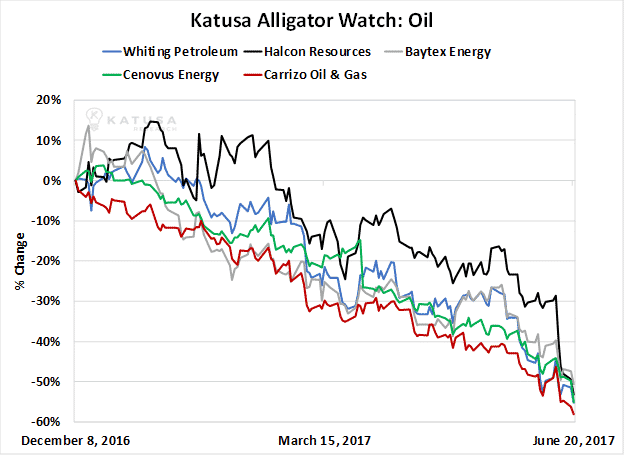 Additionally, here is a table showing year-to-date losses in some of biggest and well known oil and gas producers. 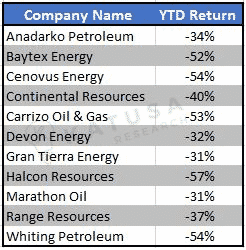 When the largest independent oil producers in North America deliver the worst returns since the last oil crash in late 2014 it’s time to start paying attention. Regular readers know that when I see dire headlines, dark sentiment, and plunging share prices, my contrarian, bargain-hunting antennae go up. I start paying more and more attention to my spreadsheets and financial models, with the end goal of creating “shopping lists” of premier assets I want to buy.

My team and I have spent a lot of time on the oil sector in the past few weeks. Oil’s decline is front pages news. With all that in mind, I’ll take you on a guided tour of the oil patch and we’ll reach some conclusions. In preview, I expect more pain in the oil sector before we gain.

But in the here and now, we have tepid demand growth. With this in mind, we turn to the supply side…

DUC Dynasty: The Wave of New Supply That Will Overwhelm Any Oil Rally

The supply side of the oil picture can be summed up in three key points:

-OPEC, still a huge force in the oil market, is still cheating on its quotas. Its members badly need oil revenue. It will continue to produce at high rates. I ignore OPEC’s public attempts to make the world think its members will meaningfully curtail production.

-Russia, one the world’s top three oil producers, is also producing at high rates. It’s a similar situation to OPEC here. Russia badly needs oil revenue. There will be no meaningful production cuts in Russia.

-The U.S. is fracking its way to massive new oil supplies and production. As I pointed out early this month, the fracking revolution made a downward trend in U.S. oil production turn on a dime. The incredible growth of the US domestic oil production can be seen in the US production growth chart below. 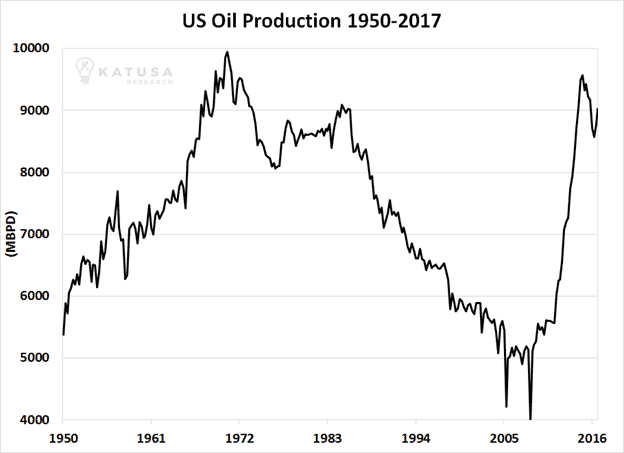 U.S. oil producers have innovated and invested so much that they’ve built up a huge number of “Drilled and UnCompleted” wells… or “DUCs” for short.

DUCs are wells that exploration firms have drilled but haven’t taken the final step of tying them to transportation and distribution networks. Their owners wait for oil price rallies before bringing them online. The difference between getting $45 a barrel and $55 a barrel can make a huge difference to a producer’s bottom line. DUCs represent “supply in waiting.” Think of DUCs as unconventional storage. Rather than above ground storage for oil, or storing oil in massive oil tankers—the owners of the DUCs know exactly how much oil they have in inventory. It’s a cheap way of storing oil—in its natural surrounding—in the ground!

As you can see from the chart of U.S. DUCs, something Katusa Research calls the “DUC Dynasty” has been created. DUCs in the U.S. are at an all-time high. 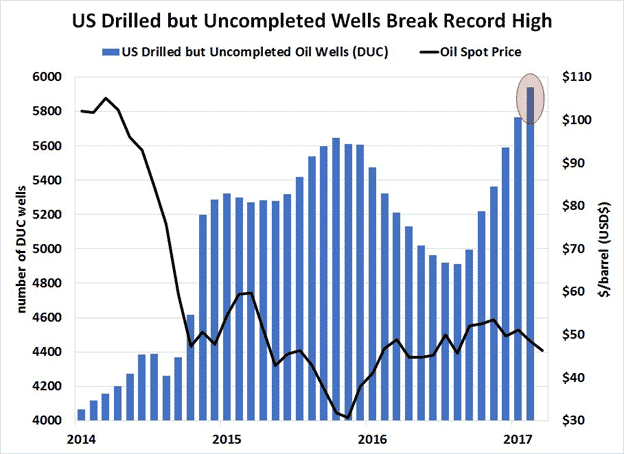 Within a month (and I’m being conservative) these DUC wells can be completed and tied into production if the price is right.

If oil rallies back above the $50 range, the DUC Dynasty will be completed, which will suppress any oil rally in the next 12 months.

In fact, we have extrapolated just-released U.S. government data and incorporated it into our in-house database of licensed wells projects in the US.

We believe that by late summer 2017, the U.S. will be producing 1 million barrels of oil more than it did the same time last year. This is incredible progress. 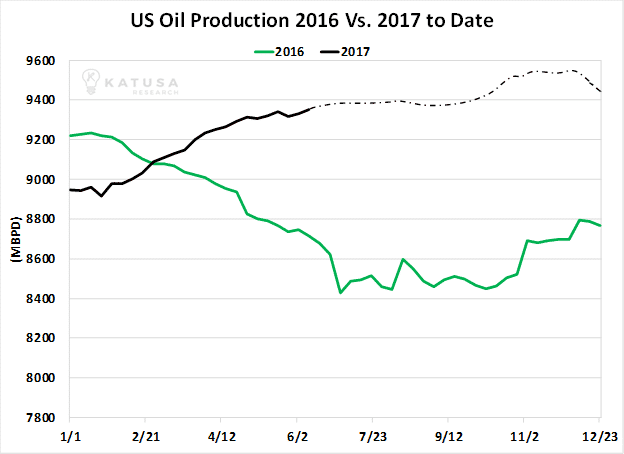 But What About the Statement, “Fracking isn’t economic at current oil prices.”?

That argument is correct if your company is fracking the way it was in 2013. But today, in 2017, incredible innovation has driven costs lower and production higher.

Below is a bar chart showing the full cycle average country costs to produce per barrel today around the world. Most large producer costs are below $45 per barrel. Plus, Canada and the U.S. will continue their cost improvements. On average, I expect 5% improvements in cost reductions for both Canada and the US this year and next. 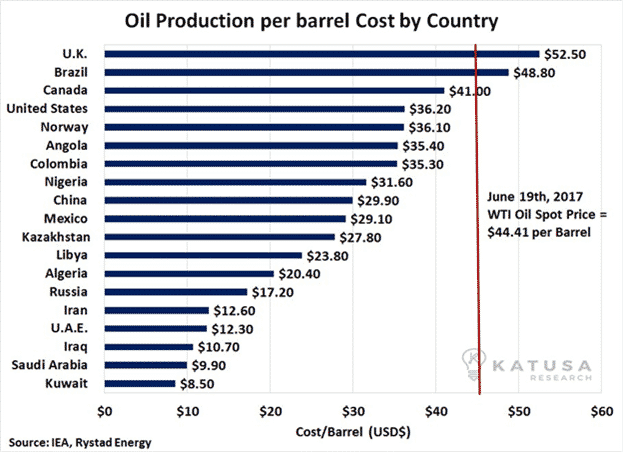 Even though I believe oil will break $40/barrel (I stated this when oil was above $50 in early 2017), I believe fortunes will be made after the coming carnage hits. Let me explain.

Buying unloved, hated sectors when nobody wants them is how you buy world-class assets for bargain basement prices.

And prices will come back, they always do.

The U.S. fracking revolution has been incredible at unlocking and tapping into known oil formations like the Montney and Permian. But the Reserve Life Index of all the Big Oil companies, including the state-owned companies, are accelerating to the downside. Reserve Life Index, also known as RLI in the industry, is the number of years a company has in reserves at current production levels. 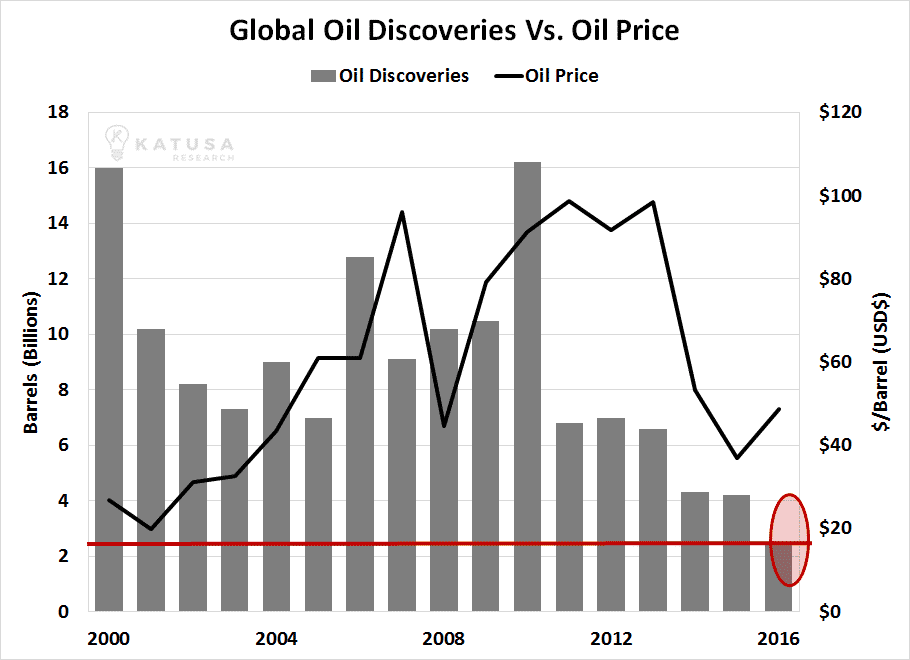 Every 25 days the world consumes more oil than was discovered in conventional fields in all of last year.

The shale revolution in North America will continue to unlock oil in the North American shale fields, but that won’t be enough in the long term to keep oil prices low. Eventually, the cure for low oil prices will be low oil prices. With less exploration, we expect the global discoveries in 2017 to be close to or less than the global discoveries in 2016. Global oil consumption will continue at the current rate, and inventories will be depleted.

This is great news for the savvy and educated investors who want to position themselves in the best oil companies at bargain basement prices.

It is exactly what I plan on doing for my own portfolio.

On July 5, 2017 I will be publishing a comprehensive oil report to all my paid subscribers. It covers everything they will need to know about the coming Oil Equity Crisis, and how to best position a portfolio to benefit from the implosions that are starting to happen.

I’m on the sidelines with my cash for now, but I plan on allocating a very large amount of capital and my subscribers will know exactly what my strategy will be.

Next week, we will publish an analysis of the current debt situation of the North American oil producers. There will be a lot of bankruptcies in the oil patch, which will create major opportunities.

But just like it always happens in every crash, the companies that emerge will become stronger than before… and produce massive gains for investors. 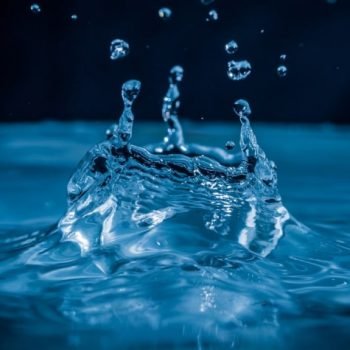 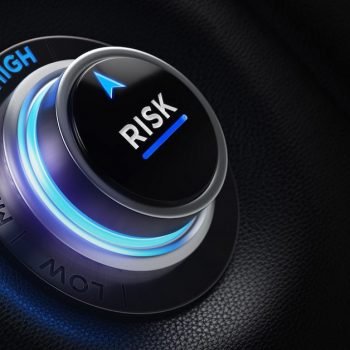 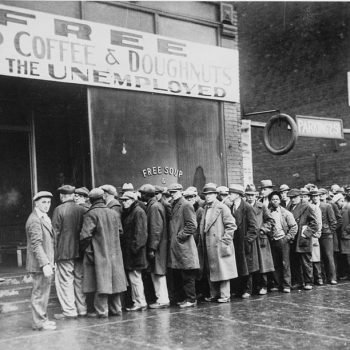 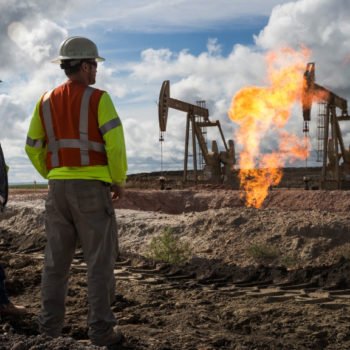 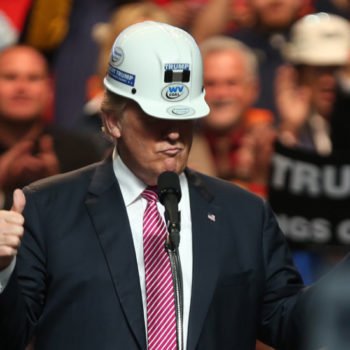 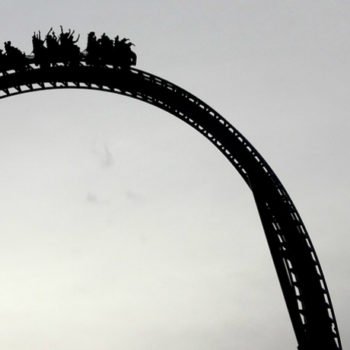